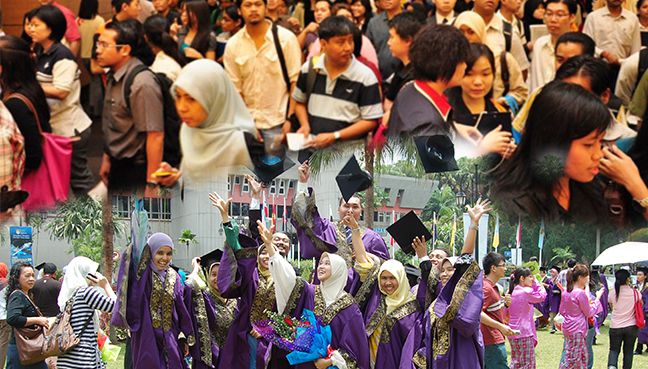 KUALA LUMPUR: The Penang Institute warns in a new study that analysis of the latest data for 2013 from the Ministry of Education (MoE) showed that 27 per cent of private sector graduates were unemployed six months after graduation.

This compares with 24 per cent among their public sector counterparts.

Overall unemployment in Malaysia was 3.1, denoting full employment, according to latest figures from the Department of Statistics Malaysia for 2015.

The Institute was commenting on the fact that the preliminary blueprint that was released by the Ministry of Education to elicit public feedback seemed to largely focus on the public higher education institutions.

“The fact that the private higher education sector was largely ignored is a serious omission given that almost half of the total enrollment in post-secondary education is in private universities, university colleges and colleges,” said Penang Institute General Manager Ong Kian Ming who is also Serdang MP.

Only 13.3 per cent of academics in private universities held a PhD qualification compared to 33.4 per cent in public varsities according to MoE data. Around 76.2 per cent were only educated to Bachelors and Masters level and 10.5 per cent had lower than Bachelors level qualifications.

In terms of research, only one private varsity, Universiti Teknologi Petronas (UTP), received 5-Star rating in the MyRA ’11 rating by the MoE. Around 78 per cent had no rating at all.

International ratings are also poor with only five private varsities appearing in the QS-Asia ranking in 2014 with the top rated UTP coming in the 191-200 range.

The Penang Institute warns in the study that changes in funding rules could force as many as 70 per cent of Private Higher Education Institutions in Malaysia into the red. The study looked at 41 private universities, eight foreign branch campuses and 27 University Colleges including two University Colleges upgraded to University status in recent months.

Around 120,000 students are currently enrolled in those private varsities facing financial stress and this could rise to 215,000 students, or 44.5 per cent of total private sector enrollment, due to funding changes according to the research, he added.