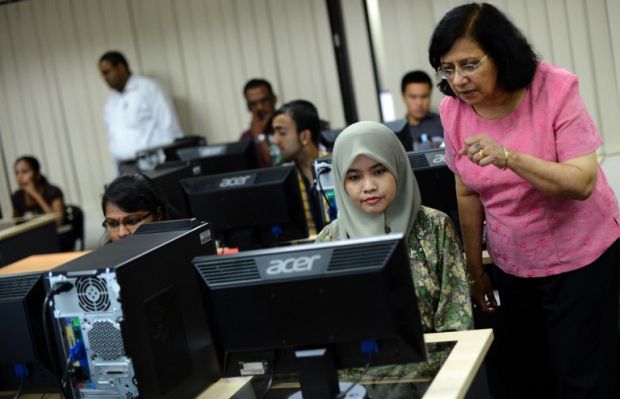 According to a study by local think-tank Penang Institute, one key problem of financial stress and poor quality outcomes in Malaysian private universities is the lack of commercial experience among the institutions’ vice chancellors and their deputies. ― File pic

KUALA LUMPUR, April 8 ― Poor management at the top is likely the root cause of financial stress and poor quality outcomes in Malaysian private universities, a study by local think-tank Penang Institute said.

The think-tank said its research findings showed that one key problem is the lack of commercial experience among the institutions’ vice chancellors and their deputies.

It revealed that 76 per cent of the former and 70 per cent of the latter group came from the public university system and have “very little commercial management exposure”.

As an example, Penang Institute cited a comparative study done on Universiti Tunku Abdul Rahman (Unitar) and Universiti Tun Razak (Unirazak), which showed strong performance by the former due to its commercially skilled directors.

“At the end of 2013, UNITAR International University had positive assets and reserves. It was profitable and paying dividends to its owners. Its student numbers were around 9,000 and it had also moved into new facilities to improve its services to students.

“By contrast, UNIRAZAK had negative assets and reserves and was making significant losses. Its student numbers were only around 800 and in 2014 it sold its building assets and moved into rented accommodation,” it said in a statement.

Dr Ong Kian Ming, general manager of Penang Institute and DAP MP for Serdang, said the issue could be further compounded by Putrajaya’s “omission” of private universities in the National Higher Education Sector Blueprint 2015-2025, which was launched yesterday.

“The preliminary blueprint that was released by the Ministry of Education to elicit public feedback seemed to largely focus on the public higher education institutions.

“The fact that the private higher education sector was largely ignored is a serious omission given that almost half of the total enrolment in post-secondary education are in private universities, university colleges and colleges,” he said.

Previously, the think tank said its research showed 45 per cent of private varsities had negative assets and 46 per cent were loss making according to 2013 data from the Companies Commission of Malaysia.

The institute today also drew attention to the ageing labour force within the top management of private varsities.

It says that the majority ― about 56 per cent of vice chancellors ― are around 60-years-old, which is the minimum retirement age in Malaysia. About 32 per cent are in their 50s.

“The next generation is also near the end of their careers. Nearly half, 47 per cent of the deputy vice chancellors are in their sixties and 34 per cent in their fifties.

“The minimum retirement age in Malaysia was raised to 60 years in 2013,” it added.

The think tank had previously raised the alarm over the sustainability of public universities after its research showed that local private universities are struggling to maintain education standards and improve student outcomes due to poor management and financial constraints.

It added that analysis of the Education Ministry’s 2013 data, 27 per cent of private sector graduates stayed unemployed six months after graduation, compared to 24 per cent of their counterparts from the public sector.

Private institutions here have also been given poor scores in local and international education rankings, the research noted.

Ong said the institute will continue to highlight the issue through a series of statements and is expected to release a comprehensive report on the matter next week.