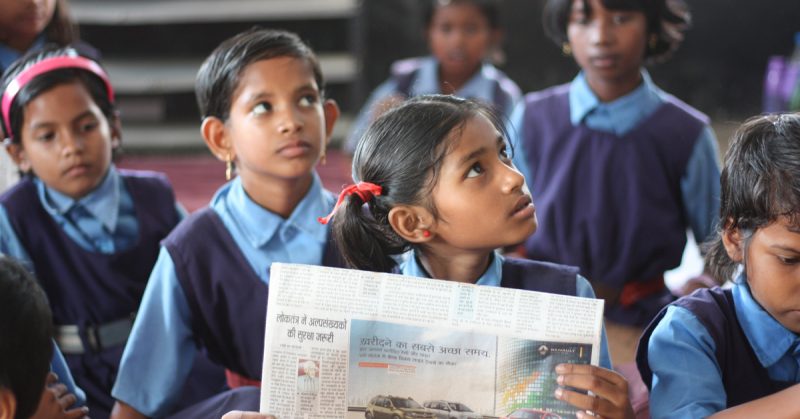 This study was aimed at exploring and documenting key aspects of an Indian youth’s life and to hear their thoughts on a number of key thematic issues. Youths are a pivotal group in any society and country as they have the vitality and the inspiration to make changes for the betterment of society a reality. This part of the study assessed how Indian youths – the focused age band of 16 to 28 years – could work on solution-seeking approaches on some of the key matters that they raised in the discussions of “Opportunities, Challenges and Solutions”, the operative title of this Phase 1 study.

This study is a joint partnership effort between Penang Institute, Malaysia and Massey University, New Zealand under its CARE (Culture-Centred Approach to Research and Evaluation) Centre which focuses on participatory approaches and empowerment of the community involved in the study. The outcome of the study is for a report to be done, to share the findings and to involve the interviewees in the process and relevant partners, in Phase 2 of this study.

From the interviews, marginalisation and deprivation of opportunities emerged as key underpinning principles to inequality and to being treated unfairly – directly and/or indirectly so. It showcased distinctive forms of marginalisation consistently faced by the Indian community perhaps not faced by the other ethnic groups. “Marginalisation” in this study is defined broadly as processes of social exclusions – that is, failure of society to provide certain individuals and groups with those rights and benefits normally available to its members in matters such as employment, adequate housing, health care, education and training. Marginalisation has taken place in the past, across many histories, and continues till today. It began when the Indians probably first came to this part of the world in the 11th century and later, in larger numbers, when the Malayan peninsula was colonised and they were brought in for work by the British. Since the 1969 racial riots, marginalisation has increased for Indians as well as other minority ethnic groups due to the provisions in the Federal Constitution that saw the setting up of the affirmative action Bumiputera policy which favours the Malays over other ethnic groups. The Indians and the Chinese continue to contribute though they are not seen as being on par with the Malays. It is worse off for the Indians, as many interviewed in the study saw themselves as being third in society, after the Malays and the Chinese; and in some instances fourth, coming after migrant workers.

This study revealed distinctive forms of challenges steadily faced by the Indian community which are perhaps not faced by the other ethnic groups at the same level of intensity. The youths revealed impacts on their lives in terms of education attainment, limited employment opportunities, coping with racism and the community, and some recalibrations on their culture and identity. These responses are featured in Chapter 3 of this study.

At an individual level, Indian youths did have the odds stacked against them, impacting harder those who had done well enough to get into government-paid education or to secure employment. Their range of coping mechanisms was visible in the interviews. Despite sharing openly the challenges they face, the youths were also focused on wanting to succeed and in securing their future. However, it needs to be said that many did not seem to have the “know-how” tools toset visions, goal-setting and planning for their future in a more determined manner. Perhaps they felt that it was of little use as they are very aware of the unpredictability in their future. Many were keen to handle individual responsibilities, to not disappoint their parents and to not antagonise anyone. They did ask for more courses on “soft skills” to arm themselves better for the job market. They also suggested solutions for how to make life easier for them and others.

But what was overwhelming to most was handling the expectations of their parents, the community and themselves. In many cases too, there was the intrusive, excessive management and governance that parents assert over their children. It did give rise to, in some youths, a nonchalance to engage in committing themselves to widening social circles or to pick up other learning opportunities as they knew their parents were not open minded enough, did not offer trust to them, and were weak in parent-child communications. This curtailed the development of some of the youths – a small number – to develop faster into more confident and street-smart adults. The study also unlocked societies’ ails – it needs to mind its manners, be focused on building up its image as a multicultural society and to live without prejudice towards one another. The Indian youths today have worked hard to bring change to their socio-economic status, but real and faster changes will only take place if this ethnic preference that continues to oppress their opportunities can be removed. This, and solution mapping such as implementing more Vision Schools for harmonising inter-ethnic relations in schools and having legislations through an anti-discrimination Act, are discussed in Chapter 4. Furthermore, the action plans proposed in this study are a bottom-up approach that needs a multi-stakeholder build-up across all ethnic groups.

Indian youths here have shown themselves to be determined. It is hoped that this journey for inclusivity is achieved and marginalisation is stopped so that Indian youths – and all youths – can lead more dignified lives.