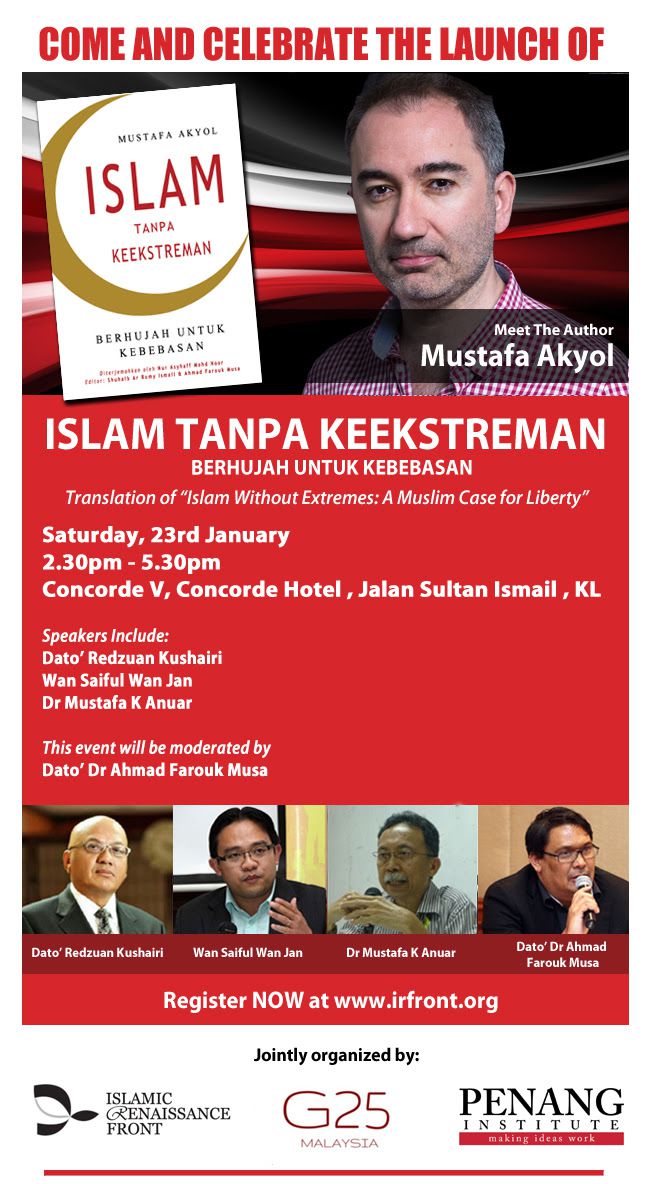 Islam has always been peaceful, inclusive, moderate, and has guaranteed the rights and freedom of human being. But with the series of terrorist attacks launched under the name of Islam over the years, it has created panic in the global community. This was made worse when the media began circulating wrong depiction of Islam, making the whole Muslim community as the object to be blamed for the atrocities conducted by the few.

In “Islam Without Extremes”, Mustafa Akyol takes up to challenge to confront some of the confusing and misleading portrayals of Islam propagated by the media and radical Muslims as inherently exclusive and violent. He revisited back the history of the Muslim societies since the time of the Prophet and the development of political Islam to clear these misunderstandings, and at the same time offered his own vision and arguments for a modern and liberal interpretation of Political Islam.

Akyol writes that “The idea of freedom—in the theological, political, or economic sense—was not unknown in classical Islamdom, as some have claimed,” but its influences, due to many factors – politics, economics, historical – gradually being superseded by conservative discourses. In the book he traces the turning point that began during the clash of two most important theological camps in Islam; The Rationalist versus The Literalist, which ends with of the latter group flourished as the mainstream worldview in the Islamic discourses for centuries.

Akyol’s comprehensive reflection, drawn from the Qur’an, Hadith and his own experiences growing up in Turkey provides a liberal and progressive voice that is very much needed in the Muslim world today.

The Islamic Renaissance Front felt that there is need to bring this progressive message to a wider audience in Malaysia, thus we decided to facilitate the dissemination by translating this book into the Malay language. We hope that this book will spark a debate and discussion, and hopefully it will create a more inclusive and progressive understanding of Islam within the wider Malay-Muslim community.