Instead of luring overseas Malaysian talent back to the country, Putrajaya’s scheme to stem the brain drain could backfire as it would inadvertently nudge more local professionals to work abroad for higher salaries and gains that outstripped the benefits they will enjoy if they returned, warned a well-known economist.

He said the income tax paid by some highly skilled professionals in Malaysia was higher than TalentCorp’s Returning Expert Programme’s (REP) optional 15% tax rate on income for five consecutive years.

“The REP is not attractive enough. Instead, it has the unintended consequence of encouraging more skilled emigration,” he told The Malaysian Insider

“Given that working overseas offers a much higher income, highly-skilled workers will be tempted to emigrate since they can always enjoy REP incentives if they choose to return later.

“So you unintentionally plant this notion for people to go overseas and this does not help retain local talents. Retaining local talents is cheaper than luring overseas Malaysians back,” he said.

A 2011 World Bank Report had noted that better salary and benefits were among the top three reasons for Malaysians to work overseas, the other two being career prospects and social injustice.

There are currently about one million Malaysians abroad, of whom 308,833 are highly-skilled workers.

A study by Lim, which he presented at the Brain Drain: Who Gains? Who Sacrifices? forum in Kuala Lumpur on Saturday, found that on average, an overseas-based Malaysian enjoys an annual income gain (after tax) of RM46,800 in terms of purchasing power parity.

The World Bank report had noted that migration is caused by the imbalances of the New Economic Policy (NEP), with Indians and Chinese making up the highest numbers.

It warned that if the situation was not addressed as soon as possible, it would slow down the economy and halt the country’s development.

Following the report, Putrajaya had set up TalentCorp and introduced programmes to lure Malaysian talents from overseas.

Citing neighbouring Singapore where the majority of Malaysian workers are found, Lim said a professional in the island state makes nearly 2.5 times more than his Malaysian counterpart.

“In the short term, Malaysia can’t match the income level of Singapore,” he pointed out.

The University of Cambridge-trained economist also said the annual total fiscal impact resulting from the brain drain was between a gain of RM2 billion and a loss of RM8 billion.

This is because those who left are not utilising public expenditure such as fuel, education, food and healthcare subsidies, which resulted in savings. 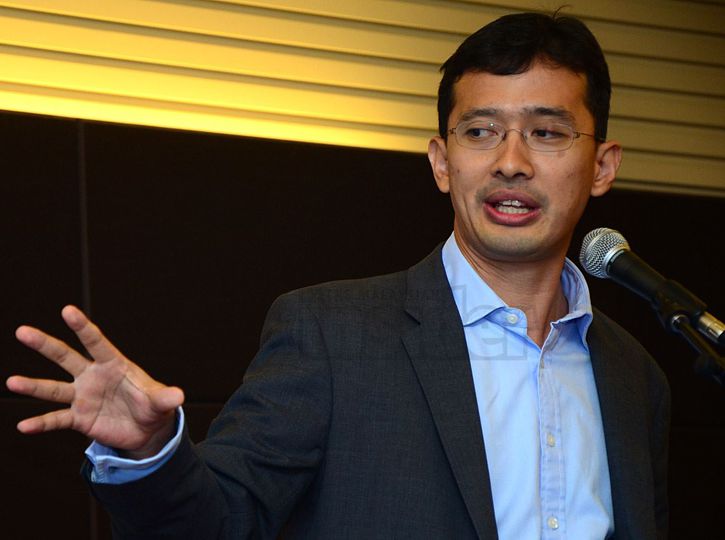 However, this was offset by the two million foreign workers, 95% of whom are low-skilled, and they will eat into the same public expenditure.

Lim said TalentCorp was not the “silver bullet” to solve Malaysia’s brain drain problem, which is a common worldwide phenomenon.

However, to make a difference, the country needs to replace professionals who left with equally skilled talent, he said, adding that the replacements have been mostly low-skilled foreign labour.

One way to retain talent, he said, was to pare down Malaysia’s income tax rate to narrow the nett income differential between the country and other nations.

“The environment also needs to be more conducive. We need to embrace meritocracy, create competitiveness among our society,” he added.

“Yes, we need to compensate loss by investing in Malaysian talent but foreign labour is also needed to produce economic activities to the country,” he said at the forum.

He also said the REP was the catalyst to encourage Malaysians who do not necessarily want to be fully compensated with incentives to return.

“So some won’t come back no matter what, while some will,” he said, adding that there is value for Malaysians going aboard to learn new things and gain more experiences.

“We need to provide new opportunities so hopefully, we can have more returnees anchored on new and exciting opportunities which will create excitement for more to return.” – July 7, 2014.