Penang Institute joins 21 other think tanks from throughout Malaysia to call for a coordinated effort to pull the country out of the downward spiral in pandemic cases. If no rational and decisive measures are put in place immediately, the public stability of the country will buckle, as will the economic resilience of the poorer classes. 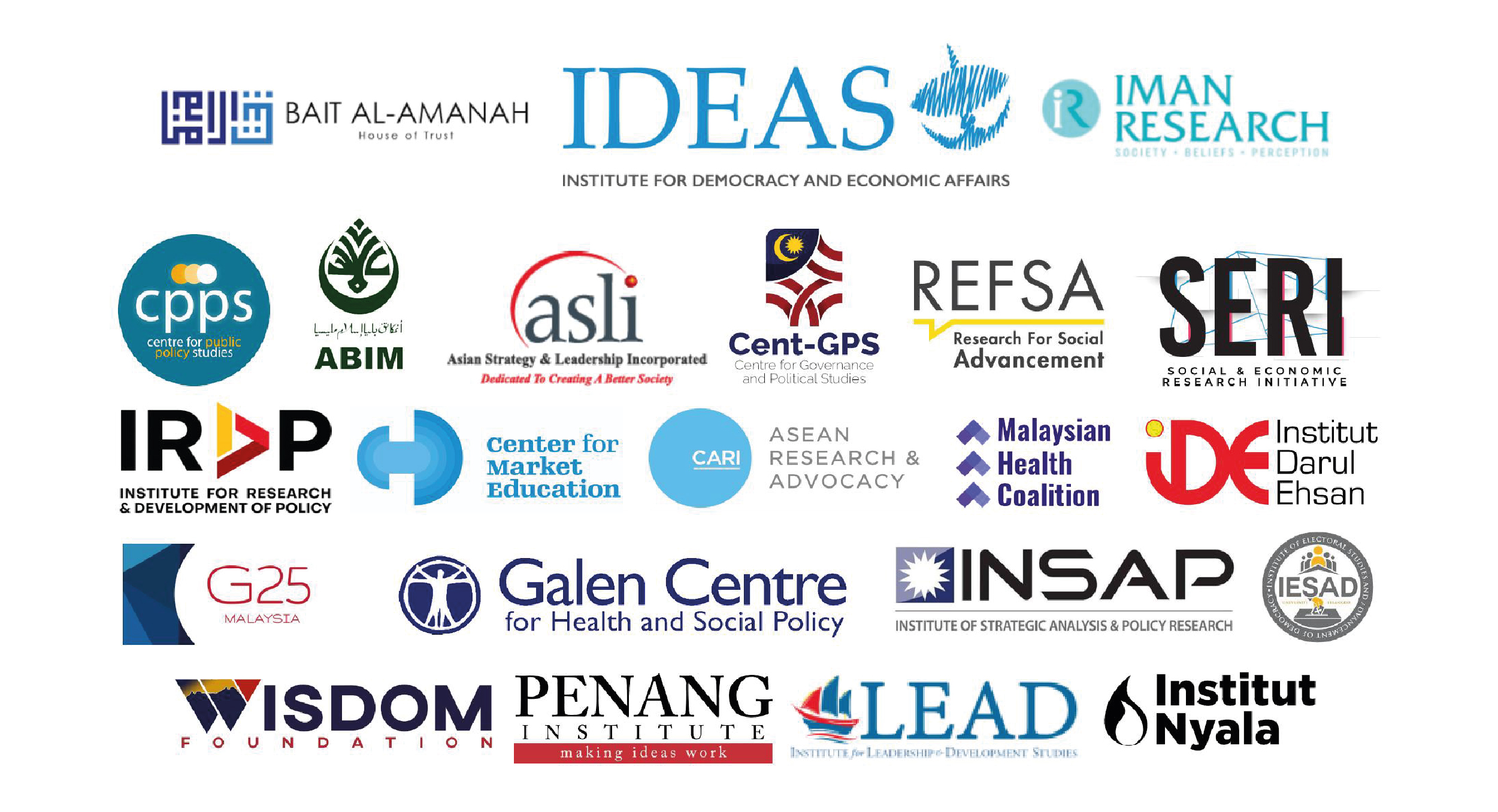 Here is a summary of the joint statement published in Borneo Post Online (4 June 2021) :

After welcoming the acceleration of the vaccination drive, the statement warns that rising public anger is leading to the threat of instability. As seen on social media, the directness — some would say crassness — of such criticism has inevitably escalated already racially and religiously-charged rhetoric and, in some cases, invited police investigation.

But some of that anger has also turned into heartfelt pleas for intervention from other institutions — in particular, the monarchy — to intervene directly in policymaking. As I have discussed on previous occasions whenever members of the public make such appeals, we must be guided by the Federal and State Constitutions in determining the appropriate type and extent of action.

Indeed, following the Special Meeting of the Malay Rulers on Oct 25, 2020, the Keeper of the Rulers’ Seal stated that “it is important for the principles of constitutional monarchy and parliamentary democracy to be translated through a culture of administration that at all times upholds the Federal Constitution and the laws, and prioritises the welfare of the people”.

That said, there have been hugely impactful contributions by many royal foundations and other organisations with royal connections involved in supporting frontline health workers and personnel, marginalised communities, refugee children, small businesses and other affected communities — supporting countless other NGO and voluntary efforts in alleviating the continued impact of Covid-19 on the people.

For the time being, it is the federal government that must provide national strategic leadership. Of course, the government is composed of many parts — with some ministers, civil servants, and advisors doing their utmost to push through evidence-based policies while others prioritise political considerations. This can lead to contradictions and u-turns, but something as simple as determining a process for businesses to get approval letters to operate during the Full Movement Control Order should not lead to a fiasco!

The think tanks’ statement calls on the government to act in five key areas.

Firstly, to have a clear long-term pandemic management strategy with greater efforts to improve communication. In particular, an index system is recommended to measure pandemic severity levels and for corresponding restrictions to be enhanced or relaxed accordingly, instead of arbitrary policies being hashed out each time.

Secondly, to spend now to end the crisis and have a long-term fiscal plan to make this possible. The just-announced RM40 billion Pemerkasa+ package is welcome but remains reactive. An increase in government spending should be accompanied by a long-term plan, involving potential further borrowings.

Thirdly, to create a vertical surge in vaccinations. The statement welcomes the decision to leverage private sector clinics and hospitals, and calls to address vaccine hesitancy and prevent cronyism in selecting companies providing vaccination services. To counter no-shows, a proper waiting list should be implemented to ensure as many people get jabbed as quickly as possible, and provision should be extended well beyond MySejahtera.

Fourthly, to deliver more clarity and government coordination. Citizens can feel confused, resentful and victimised by constantly changing MCO levels and SOPs. It must be made transparent which ministries will be responsible for which decisions, and accountability must be given to other agencies involved. Dialogue between federal and state governments should also take place regularly.

Fifthly, to reconvene parliament immediately. This request has already been made numerous times by civil society organisations and MPs themselves, particularly as the Yang di-Pertuan Agong has stated that Parliament may convene during the Emergency, and (almost) all MPs have now been vaccinated (though of course virtual meetings remain an option, which many countries and entire industries have been doing for over a year now).

The sooner a multi-pronged strategy is rolled out, the sooner Malaysia can return to the serious business of economic, and indeed societal, recovery.