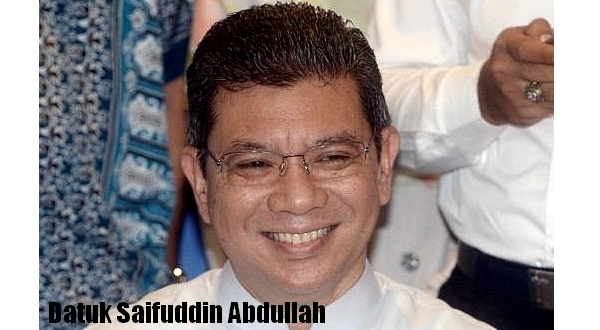 Today, more than ever, we are seeing mayors and council presidents playing pro-active roles to better govern cities and towns. Ratepayers are more aware of local governance and are becoming more concerned about how local authorities are administered.

According to Johan Saravanamuttu, in his book, Power Sharing in a Divided Nation: Mediated Communalism and New Politics in Six Decades of Malaysia’s Politics, the first election ever to be held in Malaysia was in George Town, Penang, at the municipal level on 1 December 1951

In conjunction with the 65th Anniversary of the election, Penang Institute organized a George Town Roundtable on Local Democracy, in Penang on 3 December 2016.

The roundtable was led by Penang Institute Director Steven Sim and was officiated by Chief Minister Lim Guan Eng. The panelists were Liew Chin Tong (DAP), Cynthia Gabriel (C4), Shaza Scherazade Alauddin Onn (IDEAS) and Dr Lin Mui Kiang (formerly with the UN). I was honored to be invited to chair it.

The 1951 George Town election was based on a number of constituencies called “wards” which elected more than one candidate per ward. The election was to elect nine councilors while the British High Commissioner appointed six. There were altogether 24 candidates from the Radical Party, Umno, Labor Party and three independents.

According to Steven Sim and Koay Su-Lyn, in their paper History of Local Government Election in Malaysia, 14,514 voters turned out and the distribution for each ward was Tanjung: 7,782; Kelawei: 2,439 and Jelutong: 4,293. The Radical Party took the honors with six wins while the Labor Party took one and another went to an independent.

This election marked an unprecedented move to popularize the novel idea of mass electoral registration, training of polling staff, campaign and mobilization, hence, educating the people towards the nation’s first general election, which was to be held eight years later, i.e. in 1959. It reflected a sense of political awakening among the locals who have started to show interest in the democratic process. Campaigns were carried out harmoniously in open spaces and parks.

In 1956, the George Town council became a fully elected council — the first in Malaysia. Five wards were created with each electing one councilor each year and the President was elected from and by the councilors themselves.

In January 1957, George Town was granted city status and became a “city council” — the only one at that time. With the passage of the Local Government Act 1960, a new Constitution was granted to the City Council of George Town from 1 April 1961. George Town was fully autonomous financially and was the richest local authority, with annual revenue almost double that of the state of Penang. Its reserve fund at the end of 1965 stood at some 6.3 million Malaysian dollars. However, in 1966, under a Transfer of Functions Order, the functions of the City Council were transferred to the Chief Minister.

Up until the 1960s, Malaysia had some 373 local authorities that had well over 3,000 elected representatives out of a total of some 4,223 local councilors. This number excluded those of the Kuala Lumpur municipality, which came under a separate jurisdiction because it was the federal capital. The three most prominent municipalities were George Town, Ipoh and Melaka. Elsewhere, there were 37 town councils, 37 town boards, 289 local councils and seven district councils. Penang and Melaka were the two states which had state-wide local councils, and only Penang had fully elective councils throughout its territories on both the island and mainland.

Unfortunately, the local council elections that were scheduled for 1965 and 1966 were suspended on the grounds of an emergency situation due to Indonesia’s confrontation against Malaysia.

In June 1965, the government set up a “Royal Commission of Inquiry on Local Authorities” headed by Senator Athi Nahappan. It completed its work in December 1968, and called for the restoration of elected local government.

But the federal government chose to completely ignore the findings and recommendations of the commission. The ending of the local authority elections was completed when the government enacted the Local Government Act 1976. The Act only allowed for the establishment of 12 municipalities and 90 district councils within three years. But most detrimental of all is that members of these councils would be appointed and not elected, and in most cases, the chairman would be the district officer or some other civil servants. This is the system of local government Malaysia now has.

The Pakatan Harapan states of Penang and Selangor have tried to restore the local government elections. The Penang State Government attempted to revive it through the Local Government Elections (Penang Island and Province Wellesley) Enactment 2012, but the request was rejected by the Federal Government. The Selangor State Government appointed civil society representatives to the councils. Both state governments have embarked on local government reform initiatives, e.g., Gender Responsive Budgeting and smartphone app systems for improved public-council interaction and services.

Today, more than ever, we are seeing mayors and council presidents playing pro-active roles to better govern cities and towns. Local engagements and consultations are becoming norms. Ratepayers and residents are more aware of local governance and are also becoming more concerned about how local authorities are being administered.

The roundtable was designed in a framework of grass root development that is integrated, inclusive, balanced and dynamic, and are based on universal values and virtues, self-developed by the local community, with the cooperation of all stakeholders. The aim was to enhance prosperity and well-being of the people at the grass root level. The objectives were: to give meaning to the concept of community development; full fill the existence of local government as the third tier of public administration system; and to widen peoples’ participation in the whole aspect of local government reform.

The roundtable discussed five strategic areas: widening the decision-making process, grass root peoples’ empowerment, institutional reforms, participatory budgeting and global bench marking.
From their policies and programs, including their budget speeches, the two Pakatan Harapan states are committed that we must revive the position, roles and functions of local governments so that they can serve the people at the grass root level better. The way forward is not by coming up with yet another piece meal transformation plan, but by a comprehensive and radical reform agenda that addresses the fundamentals, such as the five areas discussed at the roundtable.