Penang Institute says there is significant inequitable job distribution across sectors and states, and that many youths with pre-tertiary qualifications are applying for low-level jobs. 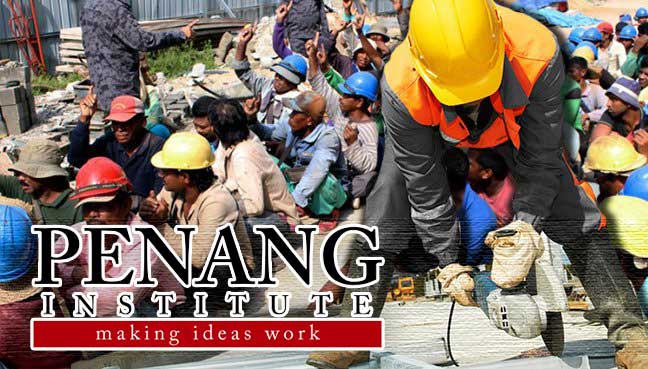 KUALA LUMPUR: Unskilled and lowly educated Malaysians in the workforce are feeling the impact of foreign labour, cautioned the Penang Institute (PI) in a statement.

“Also, Malaysians with pre-tertiary qualifications are applying for low level positions in the civil service.”

“There were 1.6 million applications for jobs in the civil service in 2015.”

Only 1.9 per cent were successful, according to the Institute. “The majority of these applications only required SPM (or lower).”

Given the challenges, the Penang Institute recommends the following steps be taken:

I. Government and private sector to collaborate to limit foreign workers in the country;

III. Have greater industry-college linkages for the Technical and Vocational Education Training (TVET) institutions, a key area under the Malaysian National Education Blueprint 2013-2025; and

IV. Undertake direct intervention to improve the quality of graduates, improve fluency in English, numerical skills and other soft skills.

The Penang Institute released a report on this on Oct 9, highlighting key issues delaying economic development under the Government’s Economic Transformation Programme (ETP).

These include low levels of high-skill job creation, an increasing proportion of the labour force in vulnerable and informal employment, and rising youth and graduate unemployment and underemployment.

Broadly speaking, said the report, there had been significantly inequitable job distribution across sectors and states.

Based on official data and information from various industry sources, the report tracked labour market growth on a monthly, quarterly and yearly basis between 2010 and 2015. It found that while jobs generation had improved significantly, job vacancies were mostly in industries that typically require mid-low skill workers.

By contrast, the growth of high-skill jobs slackened between 2010 and 2015.

Since the launch of the ETP, 2.2 million net jobs have been created in Malaysia i.e. two-thirds of the target of 3.3 million jobs by 2020.

However, a majority of these jobs were in middle–to-low skilled occupations such as wholesale and retail, accommodation and social work activities, according to the Penang Institute report.

In addition, it said, ETP job creation targets for the education and financial sectors had not been met.