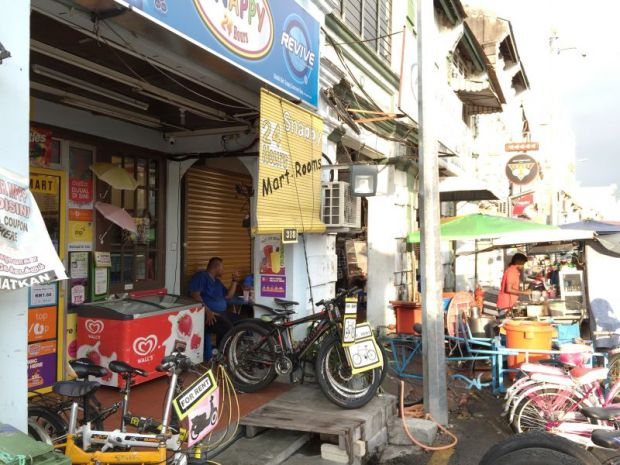 Chulia Street is the first street for the local council together with Penang Institute to start its walkability project. ― Picture by KE Ooi

GEORGE TOWN, Aug 9 ― Navigating your way around the Unesco World Heritage Zone by foot can be fun what with so many charming stops along the way.

But it can also be a challenge as the narrow walkways and streets are very often crowded and a two-year public space project by Penang Institute clearly illustrates the need for more space for pedestrians.

Penang Institute’s head of urban studies Stuart Macdonald said though the city has 80 per cent of pedestrian infrastructure, the 20 per cent gap is big enough to affect the walkability of the city.

“In our project, we also identified pavements and five-foot ways with obstructions such as motorcycles parked on it or permanent walls being put up,” he said.

In a bid to make the city more walkable, Penang Institute is using its urban space project findings with suggested measures to create more walkable pavements and five-foot ways for pedestrians.

The busy Chulia Street, which is one of the main arterial roads in the inner city, has been picked as the pilot initiative to clear blockages along its five-foot ways.

“We are working with the local authority to clear up the walkways so that pedestrians can walk the length of the street without being forced out to the road,” he said.

In November last year, Penang Institute also conducted a Chulia Street Streetscape Project where 297 responses were collected from residents, businesses and pedestrians along the street.

A majority of the respondents in the survey agreed that the busy road is lacking safe crossing points and that obstacles such as parked motorcycles on the five-foot ways are a problem for the street.

Other problems raised were the open drains and high traffic along the road.

Macdonald said they also have a public realm study that mapped the city with information such as public spaces that are important to residents along with the public parks, the green spaces and the walkways.

“In our survey, we find that the most important public spaces for the people here were not the parks or within any premises but they mention places such as the spot where they meet up with their friends, the place to eat their favourite char koay teow, and all these places are on the streets,” he said.

This is why it is important to improve the street infrastructure to make it more conducive and pedestrian friendly for the residents in the city, he added.

MacDonald said the whole purpose of the study is to first map the city with all the collected data and then improve it with proposals for better infrastructure, facilities and planning including spaces for pedestrians, car parks and ways to improve the traffic congestion.

The result of the urban realm studies and similar projects by Penang Institute are readily available to the public at mygeorgetown.my.