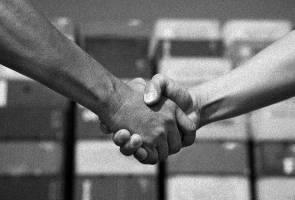 Are both agreements complementary, or will they cross each other out?

Both TPPA and RCEP embrace similar goals of trade liberalization and economic integration and have received the widest attention in the Asia Pacific region.

So what is the RCEP?

Both TPPA and RCEP are two mega FTAs in which Malaysia intends to participate.

With regards to the TPPA, although the signing of the TPPA by the twelve member states has taken place on February 4 this year in New Zealand, the signing does not indicate that Malaysia has a definitive commitment to implementing the pact, as the TPPA has yet to take its full effect upon ratification.

The debate on the pros and cons of participating in TPPA continues nonetheless.

As for the RCEP, the negotiations were launched by leaders from ASEAN and ASEAN’s free trade agreement (FTA) partners in the margin of the East Asia Summit in Phnom Penh, Cambodia on 20 November 2012.

ASEAN leaders have endorsed the negotiation processes under the documentation of Guiding Principles and Objectives for Negotiating the Regional Comprehensive Economic Partnership.

When implemented, RCEP could create the “world’s largest trading bloc with potentially significant economic gains for the participating countries”.

Perhaps the complexity lies in the fact that the China-supported RCEP does not include the US, while the US-led TPPA has yet to be participated by China.

Will the TPPA and RCEP rival or complement each other?

Many scholarly writings have regarded the RCEP as a highly ambitious negotiation of sixteen countries with a combined population of over three billion and combined GDP of over $17 trillion.

Led by China, the RCEP does not include the United States as one of the signatories.

Having seven common members to the TPPA (Australia, Brunei, Japan, Malaysia, New Zealand, Singapore and Vietnam), the RCEP negotiations have been running in parallel to the TPPA, with the ninth round to be taking place in August this year in Myanmar.

Countries will be at a disadvantage if they enter into the TPPA and RCEP at a later stage in two ways.

Firstly, future participants will have to accept the agenda and rules set by the existing partners, and secondly, there may be additional requirements which include terms outside the scope of the agreements imposed.

For example, the United States set a requirement for Mexico to sign the Anti-Counterfeiting Trade Agreement (ACTA) and Japan had to lift a ban on beef (due to disease spread by bovine spongiform encephalopathy (BSE)) produced by the United States before joining the TPPA.

Although the RCEP is pending negotiations, arguably, both RCEP and TPPA are in competition that China perceives RCEP as an alternative route to a free trade area of the Pacific.

Prior to the availability of leaked documents on RCEP, there has been an established a set of Guiding Principles and Objectives for Negotiating the RCEP to guide its negotiation process that began from May 2013.

According to the Guiding Principles, the negotiations of RCEP will acknowledge the centrality of ASEAN in the emerging regional economic architecture and the interests of ASEAN’s free trade agreement partners.

The China-led RCEP has been perceived as a rival deal to the US-led TPPA, which involves four ASEAN states but not China and its ratification would integrate Asian region into the largest economic bloc in the world.

There are eight areas for RCEP negotiations- trade in goods, trade in services, investment, economic and technical cooperation, intellectual property, competition, dispute settlement and other issues.

The Guiding Principles also state that the RCEP will add to, rather than replace other trade pacts, and at the same time, RCEP will introduce “significant improvements.”

The RCEP has a unique feature when comes to emphasizing developmental issues. This is envisioned by the Guiding Principles:

“Taking into consideration the different levels of development of the participating countries, the RCEP will include appropriate forms of flexibility including provision for special and differential treatment, plus additional flexibility to the least-developed ASEAN Member States.”

This implies that developing, but not developed, country latecomers will receive some favourable treatment upon accession.

Geographical location matters in terms of managing the transaction costs for businesses and investors and that all ASEAN members have shown interests in participating into the RCEP.

With China and South Korea committing to greater tariff liberalisation for goods in the RCEP, Malaysia would be able to have greater market access for its local production.

The KRI predicted that the RCEP would encourage more foreign direct investment (FDI) for Malaysia from China and Japan, thus reversing the shrinking trend in FDI stock from the two countries.

In addition, the RCEP was expected to complement the efforts of ASEAN in becoming a single production hub, putting forth Malaysia on the investment radar of investors.

RCEP to be supportive of ASEAN as a Single Community

The Association of Southeast Asian Nations (ASEAN) has evolved to embrace an ambitious economic agenda in establishing ASEAN Economic Community on 31 December 2015.

The intent of this economic agenda is to promote predictability in ASEAN, as well as strengthen its credibility.

Establishing the ‘Prosper Thy Neighbours’ principle is a commendable effort by ASEAN to restore the historical wounds stemmed from proxy wars in Southeast Asia.

ASEAN was characterized with flexibility, but to be one community of ASEAN, undeniably trade pacts are one of the ways to unite.

In fact, one of the pillars of ASEAN is to create a single market and production base through free flow of goods, services, investments, capital and skilled labour.

The greatest success under this Pillar has been in tariff reduction, through the implementation of the ASEAN Free Trade Area (AFTA) as well as the adoption of the ASEAN Trade in Goods Agreement (ATIGA).

The ASEAN Charter came into existence forty years after the existence of ASEAN, but indeed it is the turning point for ASEAN. ASEAN still has the onus to maintain peace, prosperity and be centrally-organised when dealing with the non-ASEAN trading partners.

A trade pact unifies, and not disintegrates, its participants.

Hence, provisions under the RCEP should be fair and considerate for its participants of developed and developing countries.

While the Guiding Principles have assured due consideration to developing countries through the phrase “additional flexibility” given depending on the different levels of development, leaked documents on the RCEP showed some points of concern.

Experience learned from North American Free Trade Agreement (NAFTA) and other FTAs has shown that harmonising diversified national laws is crucial in ensuring that elimination of tariff and non-tariff barriers are fully realized for small and medium-sized enterprises (SMEs) in developing nations.

Arguably, SMEs unable to compete in the global market place for various reasons, such as limited or no access to credit, and because the costs of incorporation are sufficiently high that the SME entrepreneurs opt to operate in the “shadow” economy, without incorporating or paying taxes.

Professor Gantz of the University of Arizona regarded that such informal method of conducting business leads to difficulty of SMEs to gain access to credit and to export or import goods or services, or to compete effectively with increased imports into their home markets.

This is seen in the recent study conducted by Penang Institute and University of Cambridge, where smaller Malaysian firms, for example, are low rated, hold much smaller total assets and much smaller by market capitalisation.

The carve-out clauses under the TPPA could have emphasized more to smaller firms, rather than GLC/Bumi companies that are arguably, able to compete at a much better position, with access to borrowings and are higher rated.

Provisions under the RCEP should give due consideration to the growth of SMEs in developing nations of ASEAN using the appropriate carve-out clauses.
The RCEP and the TPP are often regarded as competitors, although Ganeshan Wignaraja of the Economic Research and Regional Cooperation Department at the Asian Development Bank has regarded the RCEP be “less ambitious than the TPP (with high standard trade rules geared more toward advanced economies)”.

Arguably, the fact that RCEP allows a prospect of development assistance for adjustment means developing countries will find it easier to participate.

Potentially, both TPPA and RCEP will not be in competition but could be amalgamated into a region-wide FTA – a Free Trade Agreement of Asia and the Pacific (FTAAP).

At the APEC Summit in Beijing in November 2014, APEC leaders launched a collective study on issues related to the realization of the FTAAP.

It is expected that the outcomes of the exercise will be reported by the end of the year at the APEC Summit in Peru in November.

Whether or not the US or other countries decide to participate in the RCEP, it is worth noted that an exclusion of a particular country is not a perpetual one.

As an FTA thrived by the three largest economies of the world- China, India and Japan, the RCEP has to live up to its potentials.

ASEAN negotiates through RCEP with the purpose of broadening and deepening ASEAN’s engagement with its free trade agreement with its FTA partners- Australia, China, India, Japan, Republic of Korea and New Zealand.

This effort shall reduce the “noodle bowl” effect of overlapping bilateral and regional agreements.

However, RCEP should not just be a consolidation of these bilateral agreements.

Some suggestions are that features such as improved transparency of non-tariff measures and simplified rules of origin with regard to trade in goods for instance, can be made within the RCEP from the existing ASEAN Free Trade Area (AFTA).

But more importantly, allowing SMEs to grow upon ratification of any FTA will be of priority issue as SMEs constitute the key contributors to economic nation particularly to the least developed nations of ASEAN.

Hence, its terms under the agreement should be negotiated in the most transparent and considerate manner within the next following rounds of negotiations.

Views expressed are personally those of the author and do not necessarily reflect those of Astro AWANI.