This article was originally published in Malaysia Kini. 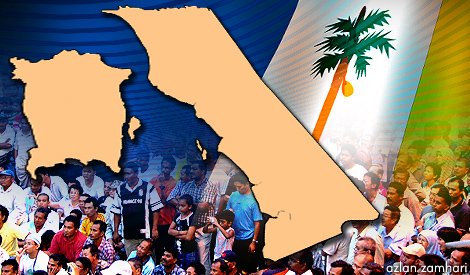 Come Feb 23, Penangites would be able to access the Penang Paradigm, a comprehensive development agenda for the state in the coming decade, which will identify general reasons as to why Malaysia is “sick”. 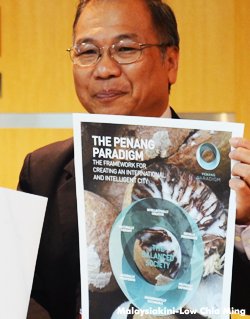 “We will hold a public consultation for two weeks in the island and in Seberang Perai to solicit feedback from the people to improve the coverage, analysis and policy agenda in the report,” said Penang Institute executive director Woo Wing Thye (right), who is responsible for the document.

“No doctor will ever prescribe a cure straight from the textbook without examining the patient first.”

Woo said that the report sought to strengthen the process of restoring economic dynamism, improving liveability and a sustainable environment, and accelerating the state’s social development to entrench social harmony and to widen social inclusion.

The key policies that the institute proposes can also be applicable to the rest of the country, said Woo.

“It starts by diagnosing why Penang and Malaysia have been caught in the middle-income trap for the last 15 years,” he added.

“It then combines the diagnosis with international experiences in catch-up growth, especially in East Asia and Latin America.”

Caught in the middle-income trap

Woo said there were three sets of national policies that have, over the past three decades, rendered Malaysia increasingly vulnerable to being caught in the middle-income trap.

These include the steady tightening of race-based socio-economic policies, growing over-centralisation of decision-making at the federal level, and increasing non-transparency of central governmental operations, Woo added. 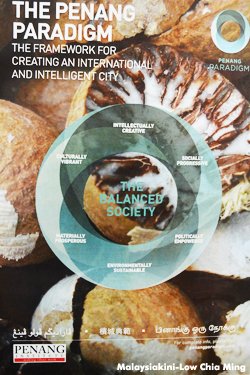 “These are, specifically, the socio-economic policies that are open to abuse by the rich and politically well-connected,” he explained.

However, Woo said that from March 2008 onwards, Penang has tried to put in place three sets of policies to reduce the “deleterious effects of the policies of the federal regime” on Penang.

“The state government did this by replacing crony capitalism with fair competition, for example by having open tenders for public projects,” Woo said.

“They also began the process of decentralising decision-making, like pushing for local council elections and stopping the decline in the quality of government services through CAT (competency-accountability-transparency) principles in governance,” he added.

Accessibility to the public?

Asked how accessible the report would be to members of the public, Woo said that the document would be uploaded to the institute’s website.

He would also be talking to the business community soon, and may consider a suggestion to seek the cooperation of the state assemblypersons to consult with their constituents on their needs. 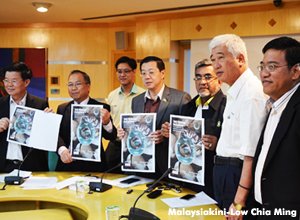 Woo said the very first action of the Penang Paradigm would be to greatly accelerate the generation of creative ideas in the state, thus enhancing human capital formation through effective mobilisation of talents born in low-income families by eliminating poverty and state allocations to improve the school system.

“We have to retain human talents and attract them from elsewhere through strengthening the practice of meritocracy, growth of high-wage industries, liveability and sustainability, and social harmony,” he said.

“The outcome for Penang from the implementation of the Penang Paradigm will be an international and intelligent state.

“Malaysia will have to adopt the same programme in order to become an international and intelligent country,” Woo added.