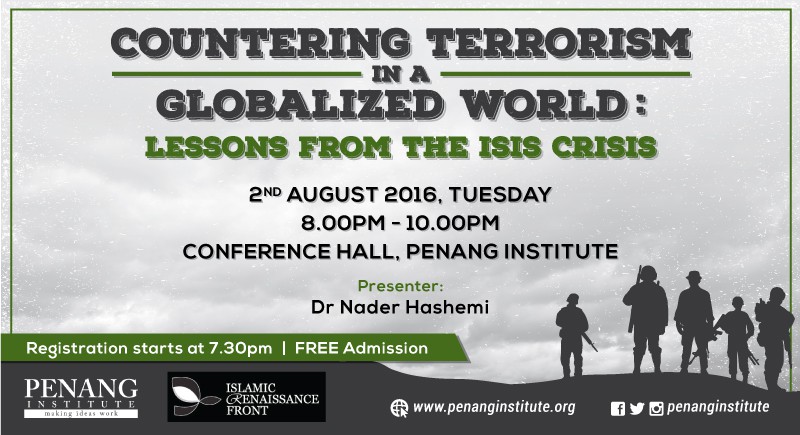 The attacks in Paris, Ankara, San Bernadino and Jakarta in late 2015/early 2016 is widely viewed as a turning point in the war against ISIS. Global attention is now focused on this extremist group and further attacks in major cities are expected. Before a coherent strategy against ISIS can be devised, however, a clear understanding of the roots of this organization is required. What is the best framework of analysis to explain the rise and expansion of ISIS? Is the problem with ISIS fundamentally due to something inherent in Islam or Arab Culture?

Richard Haass, the President of Council on Foreign Relations, has argued this point by affirming that this “is a deeply flawed part of the world that never came to terms with modernity.” Similarly, President Obama on several occasions has spoken about “ancient sectarian differences” between Sunni and Shia, suggesting that perhaps today we are witnessing a Muslim version of Christian wars of religion in the 16th century. His implication was there was little the international community could do to ameliorate the turmoil in the Arab-Islamic world; it had to simply burn itself out. Or is the problem with ISIS fundamentally about the legacy of US intervention in Iraq in 2003? Did a failed US policy toward the Middle East inadvertently create ISIS as some have argued?  What is the best entry point or point of departure to understand this vexed problem?

This lecture argues that the twin themes of human rights and democracy – specifically their general absence in the Arab-Islamic world – can best explain the rise and expansion of ISIS. In other words, the high levels of state-sanctioned human rights violations and political authoritarianism have been core features of the politics of the region for several decades and it is precisely the consequences of these policies that have created a ripe environment for the growth of radical Islamist militancy. The political vacuum that these crises have produced – engendered by war, state collapse and breakdown—has provided a fertile soil for the emergence and expansion militant-jihadi Islam for which ISIS is the most recent iteration. It is also argued that until these social conditions are changed, there is no reasonable expectation that the ISIS crisis can be resolved.