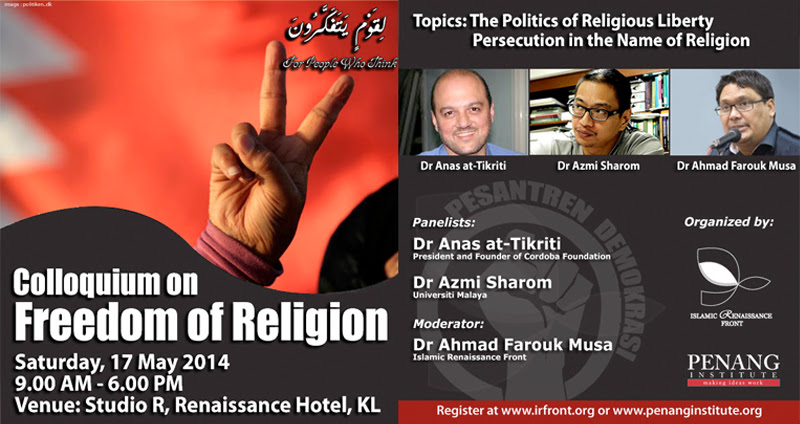 Penang Institute together with Islamic Renaissance Front is proud to jointly present the upcoming Forum on “Colloquium on Freedom of Religion” on 17 May 2014, 9 am-6 pm, Studio R, Renaissance Hotel, Kuala Lumpur.

Article 18 of the International Covenant on Civil and Political Rights (ICCPR) adopted in 1966, mandated freedom of religion and stated that no one should be subjected to coercion in matters of faith. This idealistic reality born after the World War II laid international legal basis for harmonious society that acknowledges rights of various religious groups to have their own faith, to profess their own religion and not to be persecuted for their practices.

However, deliberate drift of the world paradigm from idealism to realism showed that establishment of this norm at the international level did not lead to significant improvement on domestic levels. According to the data of Pew Research Center, in 2012 social hostilities involving religion occurred in 33% of 198 countries and reached its six-year peak. The sharpest increase was in the Middle East and North Africa, which is still experiencing the effects of 2010-11 political uprisings known as the Arab Spring.

The significant increase of religious hostility was observed in Asia Pacific region also had a big increase in the median level of governmental restrictions on freedom of religion. Apart from the governmental restrictions on religious freedom, mob violence or actions of non-governmental groups played their role. Such a wide involvement of state and non-state actors into issues concerning religion proved that religion remains a mean of self-identification and a tool for more organized management of public affairs and state-sanctioned religious interpretations.

Crackdowns on religious minorities in various contexts are supported by claims that social stability needs to be preserved in conditions when those minorities undermine integrity. In these conditions apostasy, which is a serious crime in Islam, dragged even more attention in public discourse. Persecution in the name of religion remains high in the modern world, and it is obvious that understanding of the horror of 20th century bloodsheds in the name of various ideals did not yield sober consciousness on religious matters in the next century.

For registration, please visit http://tinyurl.com/ku8djmz. Please note that due to limited seating, we appreciate your kind response to reserve your participation early. 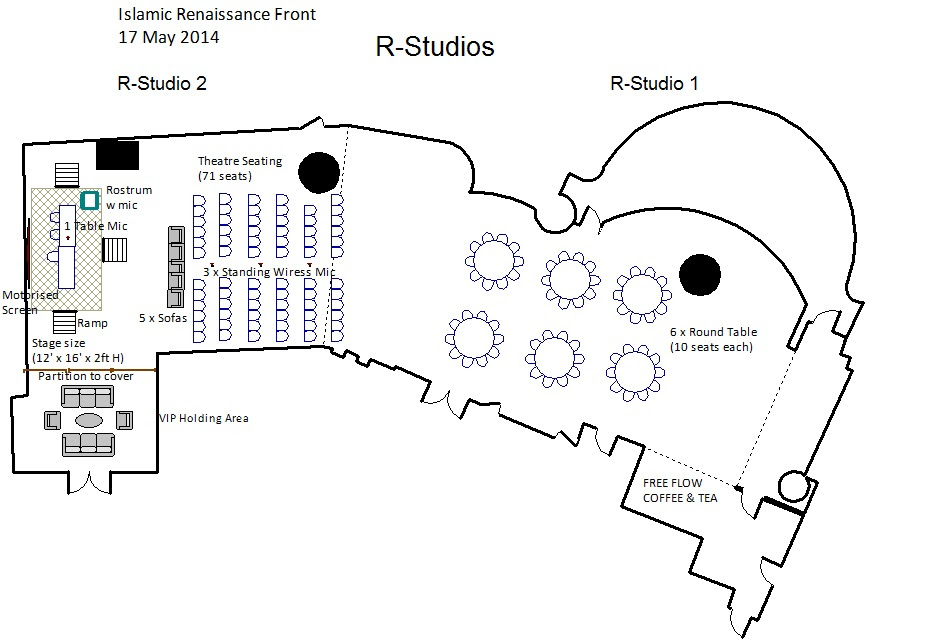