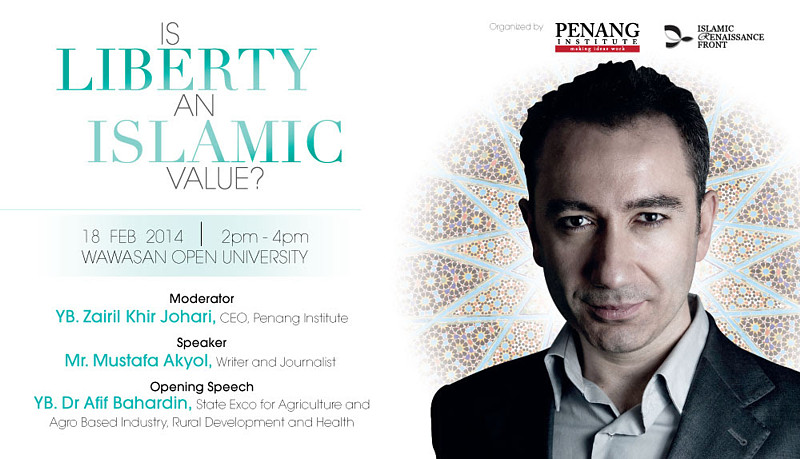 Kindly register here. An email confirmation will be sent out on 13th February 2014.

Is Liberty An Islamic Value?

In discussing a topic that is extremely relevant not only to the world at large but to Malaysian society in particular, the Penang Institute is proud to host New York Times columnist and author of the critically acclaimed Islam without Extremes: A Muslim Case for Liberty, Mustafa Akyol who will deliver a lecture entitled “Is Liberty An Islamic Value?”

In the last quarter of a century, the absolute number of democracies in the world has almost tripled. However, many Muslim countries remain indifferent to this wave of change, and have the world’s lowest average levels of freedom.

The Arab league, with a total population of 300 million, a land area larger than all of Europe, and bountiful oil and natural resources, today have a GDP lower than that of Belgium plus Holland, produce fewer scientific publications than Israel alone, and translate fewer books than Greece. Throughout most of the region, poverty and human rights abuses are noticeably prevalent.

How did the Muslim lands, which were only a millennium ago home to one of the most advanced cultures in the world, fall so far behind in their cultural, economic and political development? How did a religion which espouses peace spawn a fundamentalism so extreme that it is today perceived to be the main threat to international peace and stability? And perhaps more importantly, how can this tide be turned?